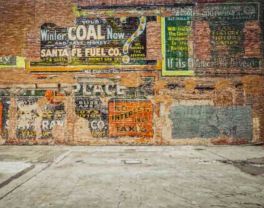 A few years ago I began to test selling photos in other venues and putting my photography on items such as mouse pads, cutting boards, cups, and various merchandise.  Overall, it was  quite a bit of work for something that I had no way of knowing if it would pan out.  Well… most of it didn’t, other than a couple of sales at Christmas (yes folks, it’s Christmas) but there wasn’t much to speak of for a while.  About a year ago I just stop working on it but kept the store active.  Fast forward to last week, I received an email regarding recent sales and apparently there were other messages that went to my junk mail folder.  Ah, the junk folder, or what I call the “select all and delete forever folder” because that IS what I do.  I apologize up front if you’ve been trying to contact me and are in fact a prince from a west African nation in search of a US bank account to temporarilly store your ten million dollars so little Timmy can get a new kidney after a bizzare tiger mauling while on safari, because your email went to my junk mail folder and was deleted.  Anyway, squirrel!!  Um…  oh ya, apparently I had sales; it wasn’t a lot, about $70 but I had done literally nothing but post my photos.  It appeared that one item gave me a trickle of income and, combining that with other trickles from photo downloads, started to give me a little more than beer money.  The above left puzzle was taken in a construction area that exposed an old wall with advertising.

Puzzles, yes puzzles, who knew?  I apologize again, seriously this time, for the photo quality as these photos are all screen captures of the actual puzzles at my store front.  I noticed that some puzzles sold and others weren’t even viewed and it made me take a look at what was going on.  I asked myself, what make a puzzle fun and what makes you not want to even do a particular puzzle?  I realized that many of my puzzles were good photos but lousy puzzles!  While a sunset might make for a decent photo, it also can have much of the same colors in one large area making it very difficult.  So the goal became to use only photos with enough detail to become a good puzzle, difficult but not impossible to put together.  There needed to be clues in practically every piece, something that would at least guide the puzzle maker to the correct area.  At right is a barber pole at a Coronado, California barber shop on a rainy day.

While I am concentrating on using more photos for making puzzles, the puzzles themselves in no way drive my photo subjects.  Puzzles have sold well so I’m concentrating there for the moment.  I stopped selling many other items because merchandise options are now available directly from my website at BillChizekPhotography.com when purchasing photos.  Howver, puzzles are located in my Puzzles Collection in my Zazzle Store.   The puzzle at left is of a big old Newfoundland who would have absolutely NOTHING to do with me.  He makes for an interesting puzzle as does the below photo taken at the marina in Coronado, California.  I’m hopefull that the puzzles will catch on, maybe it will turn in to more that beer money!